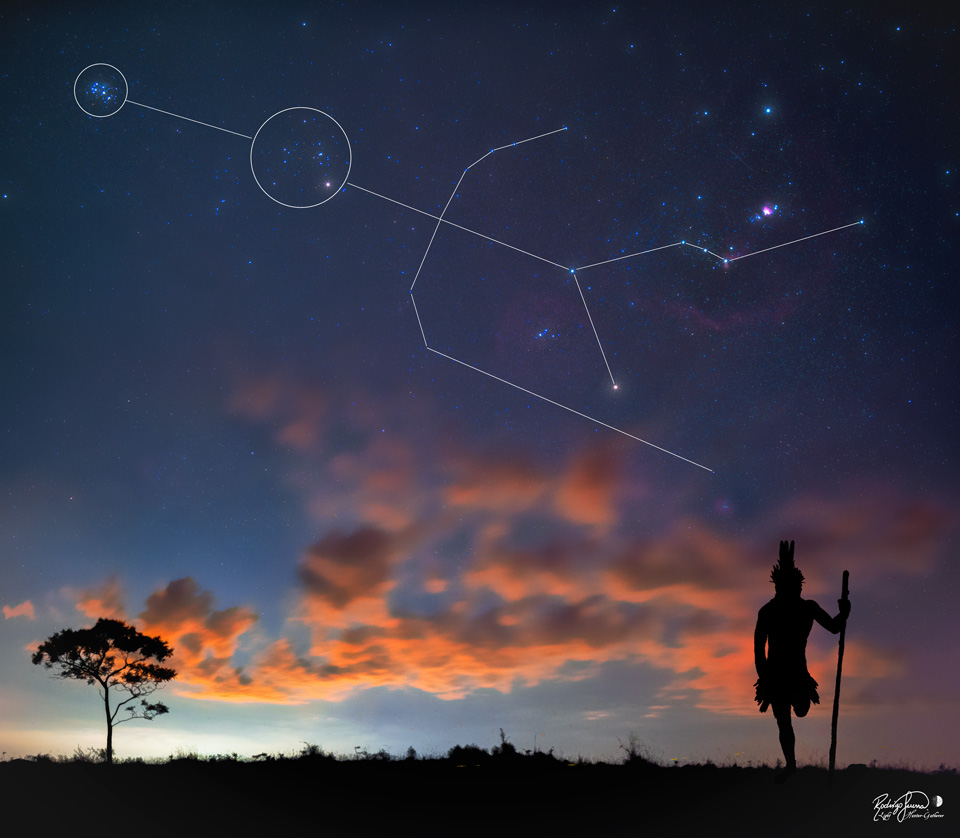 The night sky is filled with stories. Cultures throughout history have projected some of their most enduring legends onto the stars above. Generations of people see these stellar constellations, hear the associated stories, and pass them down. Featured here is the perhaps unfamiliar constellation of the Old Man, long recognized by the Tupi peoples native to regions of South America now known as Brazil. The Old Man, in more modern vernacular, may be composed of the Hyades star cluster as his head and the belt of Orion as part of one leg. Tupi folklore relates that the other leg was cut off by his unhappy wife, causing it to end at the orange star now known as Betelgeuse. The Pleiades star cluster, on the far left, can be interpreted as a head feather. In the featured image, the hobbled Old Man is mirrored by a person posing in the foreground. Folklore of the night sky is important for many reasons, including that it records cultural heritage and documents the universality of human intelligence and imagination. APOD in world languages: Arabic, Catalan, Chinese (Beijing), Chinese (Taiwan), Croatian, Czech, Dutch, Farsi, French, German, Hebrew, Indonesian, Japanese, Korean, Montenegrin, Polish, Russian, Serbian, Slovenian, Spanish, Taiwanese, Turkish, Turkish, and Ukrainian APOD online webinar January 12: Free registration, hosted by Amateur Astronomers Association of New York.