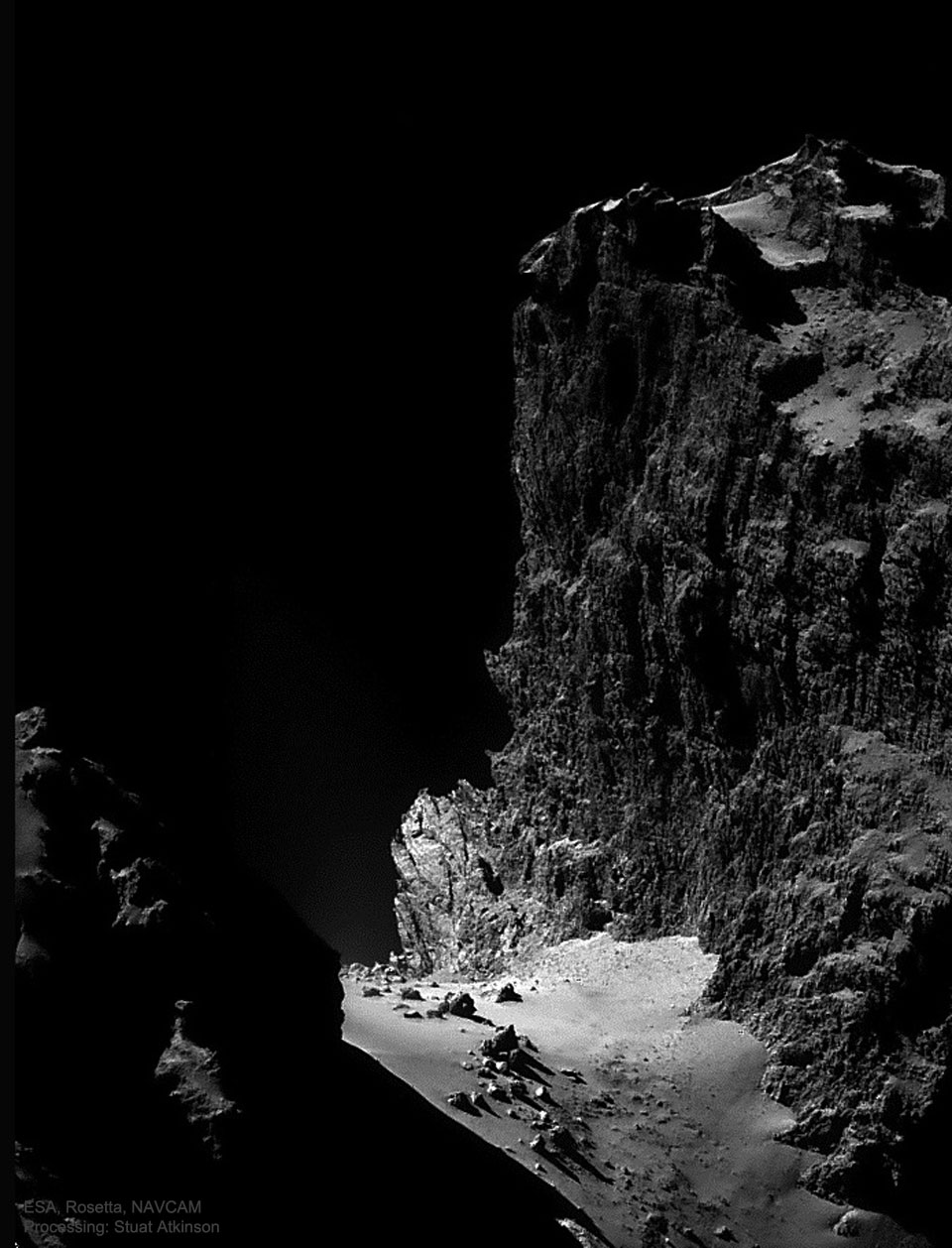 This high cliff occurs not on a planet, not on a moon, but on a comet. It was discovered to be part of the dark nucleus of Comet Churyumov-Gerasimenko (CG) by Rosetta, a robotic spacecraft launched by ESA that rendezvoused with the Sun-orbiting comet in 2014. The ragged cliff, as featured here, was imaged by Rosetta in 2014. Although towering about one kilometer high, the low surface gravity of Comet CG would likely make it an accessible climb — and even a jump from the cliff survivable. At the foot of the cliff is relatively smooth terrain dotted with boulders as large as 20 meters across. Data from Rosetta indicates that the ice in Comet CG has a significantly different deuterium fraction — and hence likely a different origin — than the water in Earth’s oceans. Rosetta ended its mission with a controlled impact onto Comet CG in 2016. Comet CG has just completed another close approach to Earth and remains visible through a small telescope.