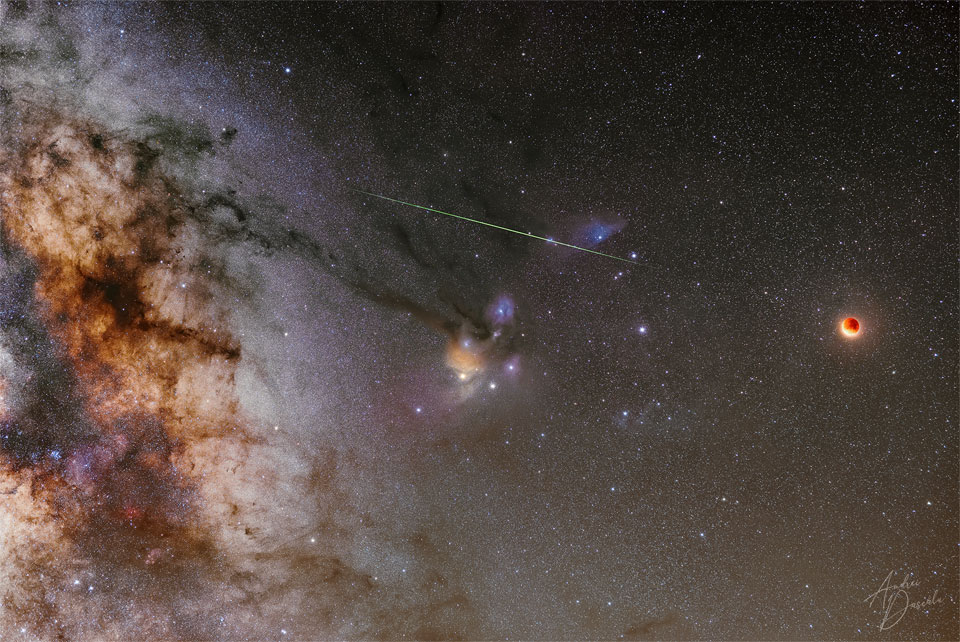 The plan was to capture a picturesque part of the sky that was hosting an unusual guest. The result included a bonus — an additional and unexpected guest. The beautiful background features part of the central band of our Milky Way galaxy on the far left, and the colorful clouds of Rho Ophiuchi in the image center. The unusual guest, a dimmed and reddened Moon on the right, was expected because the image was taken during last week’s total lunar eclipse. The timing had to be right because the Moon — both before and after eclipse — would be so bright it would overwhelm the background. The unexpected guest was the bright meteor across the image center. The fleeting meteor streak was captured on only one of the 10 consecutively-captured deep-field images from La Palma in the Spanish Canary Islands, while the eclipsed Moon image was taken immediately afterwards with the same camera and from the same location. The next total lunar eclipse — also quite expected — will occur in early November. Notable Submissions to APOD: Total Lunar Eclipse of 2022 May