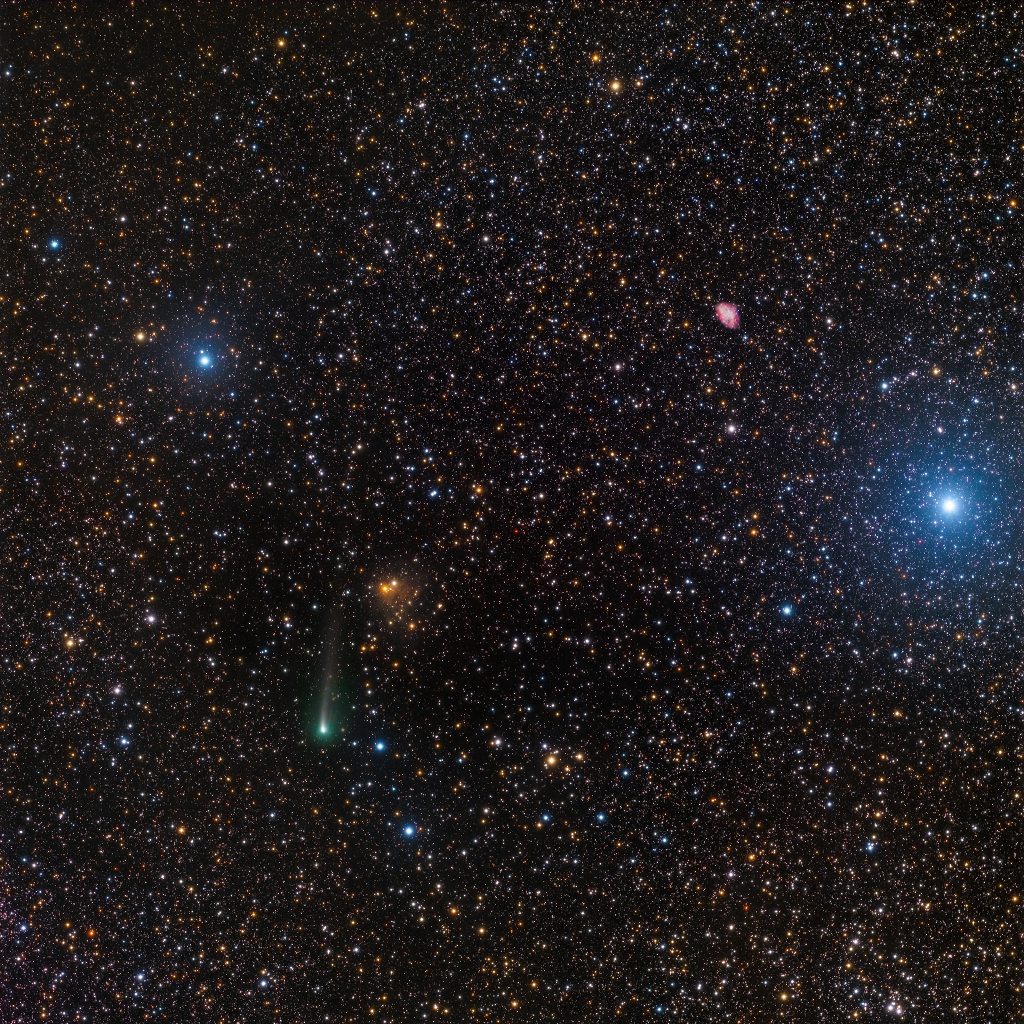 This pretty field of view spans over 2 degrees or 4 full moons on the sky, filled with stars toward the constellation Taurus, the Bull. Above and right of center in the frame you can spot the faint fuzzy reddish appearance of Messier 1 (M1), also known as the Crab Nebula. M1 is the first object in 18th century comet hunter Charles Messier’s famous catalog of things which are definitely not comets. Made from image data captured this October 11, there is a comet in the picture though. Below center and left lies the faint greenish coma and dusty tail of periodic comet 67P Churyumov-Gerasimenko, also known as Rosetta’s comet. In the 21st century, it became the final resting place of robots from planet Earth. Rosetta’s comet is now returning to the inner solar system, sweeping toward its next perihelion or closest approach to the Sun, on November 2. Too faint to be seen by eye alone, the comet’s next perigee or closest approach to Earth will be November 12.

And full of stars.