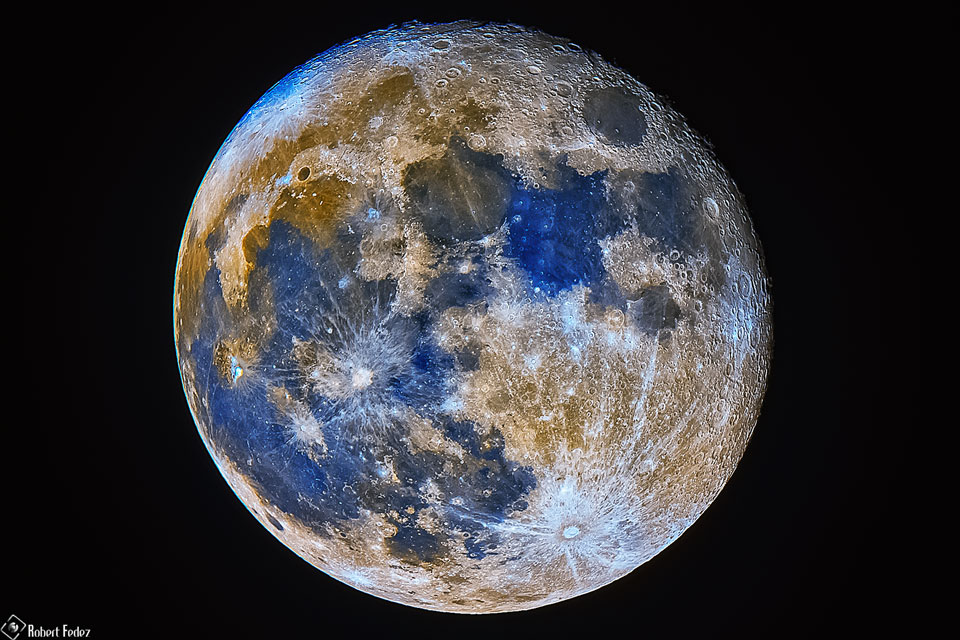 The Moon is normally seen in subtle shades of grey or gold. But small, measurable color differences have been greatly exaggerated to make this telescopic, multicolored, moonscape captured during the Moon’s full phase. The different colors are recognized to correspond to real differences in the chemical makeup of the lunar surface. Blue hues reveal titanium rich areas while orange and purple colors show regions relatively poor in titanium and iron. The familiar Sea of Tranquility, or Mare Tranquillitatis, is the blue area toward the upper right. White lines radiate across the orange-hued southern lunar highlands from 85-kilometer wide ray-crater Tycho at bottom right. The full moon that occurred earlier this month could be counted as a seasonal blue moon because it was, unusually, the third of four full moons to occur during northern summer (and hence southern winter). The featured 272-image composite demonstrates that the full Moon is always blue, but usually not blue enough in hue to ooh. Almost Hyperspace: Random APOD Generator

Fly us to the moon and let us play among the stars.
Take it away Frank Sinatra .