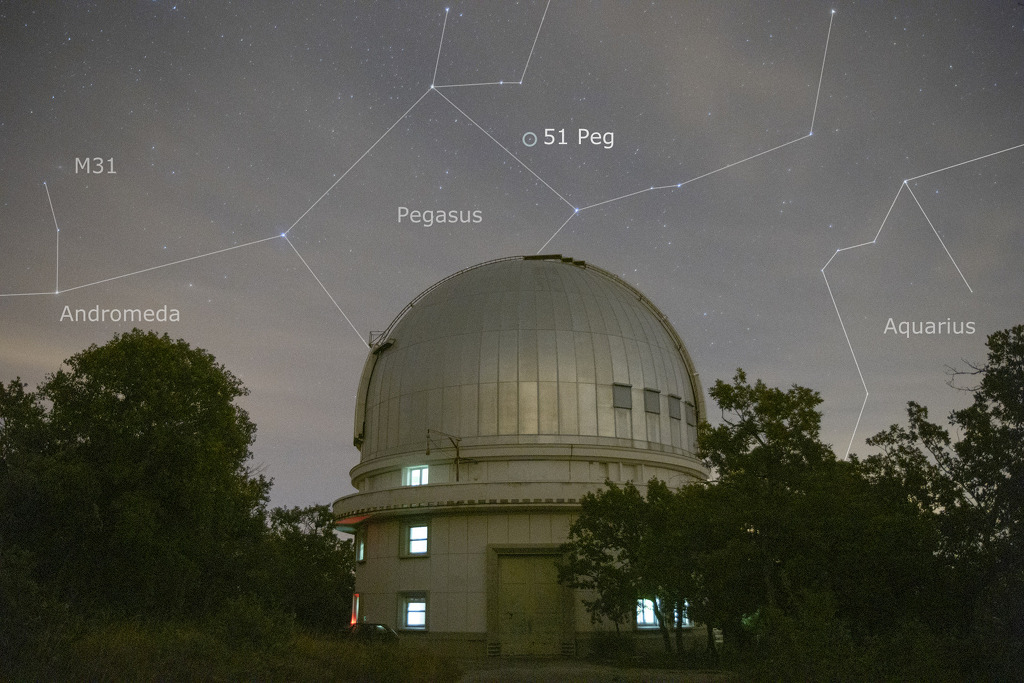 It’s only 50 light-years to 51 Pegasi. That star’s position is indicated in this snapshot from August, taken on a hazy night with mostly brighter stars visible above the dome at Observatoire de Haute-Provence in France. Twenty-six years ago, in October of 1995, astronomers Michel Mayor and Didier Queloz announced a profound discovery made at the observatory. Using a precise spectrograph they had detected a planet orbiting 51 Peg, the first known exoplanet orbiting a sun-like star. Mayor and Queloz had used the spectrograph to measure changes in the star’s radial velocity, a regular wobble caused by the gravitational tug of the orbiting planet. Designated 51 Pegasi b, the planet was determined to have a mass at least half of Jupiter’s mass and an orbital period of 4.2 days, making it much closer to its parent star than Mercury is to the Sun. Their discovery was quickly confirmed and Mayor and Queloz were ultimately awarded the Nobel Prize in physics in 2019. Now recognized as the prototype for the class of exoplanets fondly known as hot Jupiters, 51 Pegasi b was formally named Dimidium, latin for half, in 2015. Since its discovery, over 4,000 exoplanets have been found.